Tonight, I’m planning to live tweet the Montgomery County Women’s Democratic Club gubernatorial forum. It starts at 7PM and will feature all seven of the Democratic candidates.  Below is the information on the forum. It’s at the Silver Spring Civic Center in case you want to attend in person.

From the Women’s Democratic Club:

The Woman’s Democratic Club of Montgomery County (WDC) is hosting a Forum in Silver Spring on April 24 for Democratic Gubernatorial Candidates in the June 26 primary. Contenders Rushern Baker, Ben Jealous, Kevin Kamenetz, Rich Madaleno, Alec Ross, Jim Shea, and Krish Vignarajah have agreed to participate. Washington Post reporter Ovetta Wiggins, who covers Maryland state politics, will serve as moderator. This timely public educational event represents an excellent opportunity to hear these aspiring governors discuss how and why they think they can defeat Gov. Larry Hogan in the November general election. They will also respond to questions about their priorities and highlight their differences through the lens of policy issues important to women and families.

This forum will begin at 7:00 PM at the Silver Spring Civic Center, 1 Veterans Place, Silver Spring, MD. This is a free event but attendees should register on Eventbrite: https://bit.ly/2tSXpAl.

For more information and to see a complete listing of promotion partners, visit the above link.  Attendees may, when they register, name one important issue they would like to hear the candidates address at the forum; responses will be submitted to event organizers.

The WDC, which has more than 600 members, was established after the 1956 Presidential Election. This event continues the Club’s long-standing tradition of supporting Democratic candidates and keeping voters informed.

I will be live tweeting the MoCo Council District 1 debate, which will start in a moment. D1 stretches from Chevy Chase to Poolesville.

Live from Takoma Park @theseventhstate. Feel free to tweet your thoughts on the candidates!

There will be an opportunity to ask questions of the candidates.

Registration is strongly encouraged as seating is limited.
Priority will be given to representatives of the nonprofit sector who have preregistered.

While there is no cost for the Candidates Forum, we encourage you to bring a nonperishable food item
to add to Manna’s shelves. 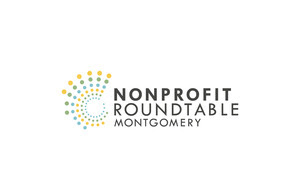 Last night’s debate at the 4H was unusually well attended–I guesstimated roughly 100 people–with many actual voters who came to hear the candidates. I live tweeted the debate @theseventhstate. The tweets give much of the blow-by-blow and there are some interesting tweets back.

Some Issues and Moments

Ben Ross. His book criticisms of owners of “single-family homes” trying to preserve their place in the pecking order along with “snob zoning and nimbyism” did not go down well. Probably wise in a county where most people live in single-family homes, as Nancy Floreen pointed out in her response.

BRT System. Beth Daly and Marc Elrich were clearly enthusiastic about the BRT system proposed by Marc. Hans Riemer and Nancy Floreen were more skeptical wanting to see how the Corridor Cities Transitway goes–and thus pushing the idea off into the distant future. George Leventhal agreed and questioned whether people would ride buses even in dedicated lanes. Nancy Floreen also expressed concern about the cost, though Marc Elrich pointed out that is far cheaper per mile to build than the Purple Line.

Ride-On Buses. Vivian Malloy said that people had lost confidence in the service and wanted greater frequency and dependability especially in bad weather. Marc Elrich said people don’t want to use the buses because they’re stuck in traffic. Hans Riemer disagreed with this “myopic” view and touted his getting five additional buses for the system into the budget.

Chevy Chase Lake. Marc Elrich called the failure to listen to civic associations a “travesty,” a position supported by Beth Daly. Hans Riemer pointed out that the Council had reduced the height of a tall building and called the result a good compromise, though the Planning Board had already increased density over the proposal advocated by Staff led by Rollin Stanley.

Taxes. All agreed that that the property and income tax should not go up. Marc Elrich and Beth Daly proposed studying taxation of commercial property (but not residential) owners who would benefit from nearby transit to pay for it on the model of what already is in place in Northern Virginia. Hans Riemer pointed out at that county taxes are the lowest in real terms in a decade.

Purple Line Trail and the Wisconsin Ave. Tunnel. All agreed that the county should pay for it. George Leventhal was clearest in directly stating “we have to spend what it takes.” Robert Dyer argued that we’re required to rebuild it under Maryland law. Marc Elrich said “it’s the least we have to do.” Hans Riemer said it would have to occur with the redevelopment of the APEX building but Marc Elrich expressed concern that the building’s owners are “holding us up” for  more money on top of the greatly increased density that they’ve already received.

Sparks. George Leventhal provided most of the moments with heat and light. At one point, he interrupted Marc Elrich to try unsuccessfully to interrogate him on his Purple Line position. He upbraided moderator Charles Duffy for asking questions on how to solve problems with incompatible bases in fact. Reading a letter praising him from a constituent for solving a problem engendered a noisy, negative reaction from the crowd.

The Importance of Demeanor

The debate reminded me that it is just as important how a candidate says something as what they say. In the 2000 presidential election, the first presidential debate between Gore and Bush became a textbook case. Gore clearly was stronger on the facts but sounded patronizing, sighed a lot when Bush spoke, and often answered the last question instead of the one posed.

Bush, while clearly not the most knowledgeable, was the one people who weren’t hard core Democrats liked. For many, he was the one who gave a sense of a solid character who you would have enjoyed getting to know. Gore did so badly that his advisers made him watch the popular SNL parody in the hope that he’d learn something.

Tim Willard raised important issues regarding climate change but was the Debbie Downer of the debate due to his consistently pessimistic demeanor and failure to offer concrete proposals about how to address these problems locally. Still, great to be offered alternatives in one-party Montgomery.

Robert Dyer utterly surprised me because this Republican is probably more left wing than many of the Democrats. Running as a dark horse candidate also freed him to make many out of the box statements, such as calling for a bridge over the Potomac, castigating the Council for paying for transit projects we don’t need but failing to fund the ones we do, and saying that the Council should make developers pay and stop overdeveloping Bethesda.

Vivian Malloy had a personality that just made you want to vote for her as she is a nice, warm person who clearly cares about the county and its problems. More specifics on how to address important issues she raised, such as affordable housing, would have enhanced her good presentation.

Beth Daly projected both confidence, an unusual knowledge of the issues for a challenger, and had a can-do positive attitude that contrasted with fellow challenger Tim Willard’s negativity. She projected well her past involvement in issues like Ten Mile Creek and an eagerness to get to work. Clearly allied with Marc Elrich, she was a candidate that people liked.

Nancy Floreen came across as calm, thoughtful and knowledgeable who understood the complexities of the issues faced by the Council. Put another way, she came across as an experienced, trustworthy set of hands. More detailed responses would have been welcome despite the complicated nature of many issues, though she clearly has a mastery of many facts.

George Leventhal. One person said to me after the debate: “If you wrote down what George said and read it, it would come across as a perfectly reasonable argument but George always sounds angry.” A disastrous performance.

Hans Riemer. Hard not to like a guy who tweets back at you even as he engages in the debate. Still optimistic but perhaps a bit more careworn after four years on the Council, Hans did a good job of touting specific concrete legislative achievements.

Marc Elrich just excels at these events, probably because as a former teacher he knows how to explain complex problems in ways that people can understand. Probably the winner of the debate with the audience and I’m not just saying that because I support him. His commitment to poor and working people combined with his community focus seemed a winning formula.

I am hoping to live tweet the MoCo at-large County Council debate, which begins at 7pm at the 4H Center on Connecticut Ave. in Chevy Chase. If you can’t make it, follow along @theseventhstate.